This short course will cover the topics of the Part 192 mega rule published in November 2019. The mega rule is a series of new regulations dealing with various topics including Medium Consequence Areas, records for class location determination, Traceable/Verifiable/Complete records of pipeline materials, storage and handling of plastic pipe, consensus standards for in-line inspection, spike hydrotesting, records for how MAOP is established, Reconfirmation of MAOP, assessments outside of High Consequence Areas, Integrity Management changes, and reassessment intervals. We will also discuss changes in reporting requirements in Part 191.

Mark is a managing director of the Blacksmith Group / P-PIC which has served the energy pipeline industry since 2002. Prior to starting P-PIC, he worked for 23 years for Hartford Steam Boiler Inspection and Insurance Co. (HSB) the largest insurer of machinery and process equipment in the world. During the first 14 years of his time within HSB, Mark worked for Radian Corporation (now part of AECOM), an engineering subsidiary serving the petrochemical, petroleum refining, metals processing, pipelines and electric power industries. He joined the parent company of HSB in 1993 and ran HSB’s worldwide Chemical, Oil and Gas Insurance Operations. He testified before the House Energy and Commerce Committee during Pipeline Safety Reauthorization in 2002.

He has advised Company Boards by leading independent investigations and proposing long-term plans following major accidents for PG&E, El Paso Corporation, Olympic Pipeline and Colonial Pipeline. He also served as a lead advisor for Entergy following Hurricane Katrina as they worked to emerge from bankruptcy and then successfully realized insurance recovery for major damage to their gas distribution system. Mark led the technical work within INGAA that provided the foundation for MAOP Reconfirmation and Extending Integrity Management as well as the Joint Trade Associations’ comments on the PHMSA proposed rule on these topics.

Mark served as Chairman of the Board of the INGAA Foundation in 2018 and has been a member since 2003. He served as the technical lead for the workgroup developing API RP 1173, Recommended Practice for Pipeline Safety Management Systems. He was appointed by the Secretary of the US Department of Transportation in 2016 to serve on a Federal Advisory Committee for Pipelines and Hazardous Materials Safety Administration on Voluntary Information Sharing. He has an M.S. in Chemical Engineering from Ohio University. 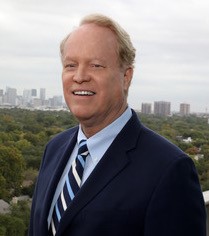 Recommended Courses for You